I had a pretty decent list of post ideas for last week but was rather busy and was just not particularly enthusiastic to write any of them. After a more analytical blog, I did want to do something more light but was honestly more interested in… the war book I’m reading 😅

Maybe it’s those pesky interests. I’d been watching USA’s Damnation which takes place during the Depression, and now I’m enamored with 1930s blues music. I’ve also been thinking about revamping my wardrobe but my car’s butt lights are out, so I’m short of cash. So maybe I’ll dream about a 1930s-inspired wardrobe.

There is an interview where Jidenna says something like he dresses to match the political climate. Everyone’s broke, you got fascists running around…. I mean, you could make the case for the ’30s.

These are only 2 pictures (plus the ’30-inspired show), but you may be able to see the longer hems and belted waists. They’re long and feminine silhouettes but don’t necessarily have that billowing of lightweight maxi dresses/skirts or a cinched, bandaged hourglass figure. I would imagine that prints, patterns and color wouldn’t be anything too bold. If you’re unemployed, you have to make everything work for all occasions!

Here’s some pieces I think are modern interpretations. You may be able to pay more for closer matches, but you may also do what I plan and just go to the thrift shop. Since the vintage fabrics seem heavier and longer, hopefully I can still find something suitable for my climate! (I don’t think people even lived here before air conditioning 😓🌞)

Is the 1930s too impractical for you? Or do you think it’s… bad luck?
What do you do when you don’t feel like blogging?

Link up: Sincerely Jenna Marie + More Pieces of Me

Hello readers, are you keeping dry?

One thing I’ve noticed bloggers/influencers painted as (and I can’t say I haven’t thought it myself) is vapid or at least not utilizing any massive platform for action more meaningful. It’s understandable– many blog for business and wouldn’t want to alienate any potential customers. So it’s refreshing and inspiring to see women who haven’t or don’t usually talk about “politics” embrace (some expression of) feminism and attend and share their experiences at recent Women’s Marches.

However, whether it’s just what posts/news I’ve seen personally or outlets trying to make 2018 the “year of the woman” happen, the general focus of “women” is too vague for me. I’ve said that unsavory characters are a part of representation and the existence of conservative women/other oppressed identities proves how people are multifaceted and don’t exist in vacuums (generally) where for example, black people are only fed Black Panther messages and women are given feminist history 24/7 and not all the harmful notions that permeate various cultures.

I don’t know if “danger” is the word I’m looking for to describe the kind of do-si-do of representation, but I think it’s certainly so to conflate “women” with women’s liberation. Because of that whole multifaceted thing, certain women can exert power over others (e.g., by race, class, ableism). Furthermore, since representation seems to be a process, people may think it’s exactly that– a woman candidate is empowerment regardless of policy– and the “represented” may assume that this is just what their group does.

These may just be anecdotes, but as a Filipino-American, I can’t tell you the hemming and hawing around Manny Pacquiao, a great big homophobe, just because he’s our one guy.  I don’t think that I had cable when Occupy Wall Street was happening, but I’ve heard that The Daily Show would make fun of it as if those dirty hippies were the problem. Heck, even now, they call Antifa “vegan ISIS,” like, ok: let’s encourage our massive audience to mock those who haven’t killed 100 people. The Women’s March’s platform is actually quite good (IMO; I’m not a learned scholar or anything), but it’s interesting that “feminism” doesn’t appear anywhere on it. This could be for many reasons including everyone else not being learned scholars/having different opinions on what it is– such as the popular “choice” and “equality” ideas–  and/or trying to appeal to the broadest base of consumers. Although this has already led to controversy with anti-choicers and other groups believing that they have a place.

I haven’t spent enough time in the BLACK PANTHER FEMINIST VOID TUBE to have the answers. Perhaps working with people with whom you don’t usually agree or agree with 100% can work on smaller or local focused projects. But Ossie Davis said that representation impacts real life, so we should hold the community to a higher standard. Afterall, the attempt to appeal to both sides is why we’re here in the first place.

What’s up, readers, are you planning a big date?

I must I admit that I do not usually employ the word “vamp” in my usual vernacular. I was just going for that sweet alliteration… Also, unless a local nerd group puts together a study group or something, I’m just scheduling on a usual Wednesday this 14th. A sexy velour dress would probably not being appropriate attire for mooching pizza anyway.

But I do kind of feel like buying something even if I have no money, so I’m putting together some window shopping finds that hopefully you’ll see something to love no matter your plans.

I honestly didn’t intend for half of these to be from NY & Co.! I did want to give options for whether you’re going to a upscale dinner or maybe just going to a movie (even if these pieces might seem a little extra, I just couldn’t resist sharing). I think that you can dress down the blouse and even a maxi skirt as Liza did in her Valentine’s look.

Same idea for going out with the pals. Y’all could be going out to a show or staying in and having a game night! I was creating this with one’s own outfit in mind, but you could give your friends gifts, right? These dangling earrings would be very cute if they’re a friend’s style. Otherwise, you can still give a card and perhaps those traditional little Sweethearts candies to let them know they “R A Q T.”

Doing What You Darn Well Please!

If you’ve no obligation to anyone, why not take a much needed rest and make it a self-care day? Soak those heels in a bath set, have dessert for dinner, and catch up with your Netlflix. I also like the idea of doing what makes you feel empowered or inspired which explains the badass moto jacket and art book. I’m not familiar with Kusama, but a summary states that her 1960s pop art influenced subculture and feminist movements. 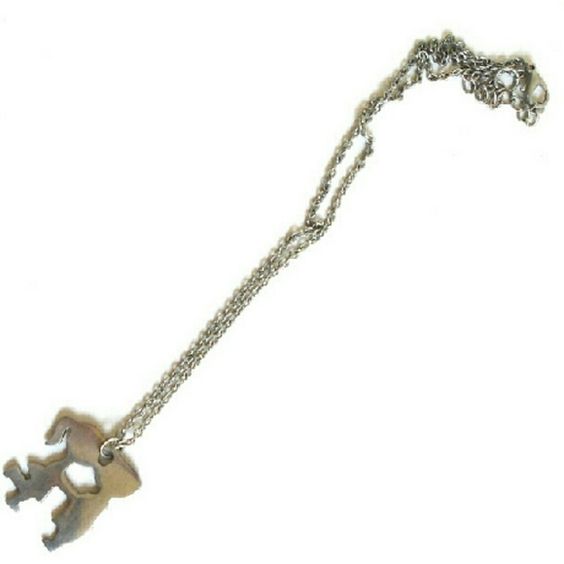 Find more romantic picks on this Posh Pin board.

Do you have Valentine’s plans?
Or do you refuse to spend money on this fake holiday?
😅💘💝

🍫 Um, who can complain about free (from Influenster & Russell Stover) candy? 🍫
#complimentary from @influenster I'm mixed about this @joahbeauty mascara & mascara primer. It lengthened my lashes and made them ✨ bold ✨ and fuller?
*record scratch* Yeah, that's my present from 2019. You're probably wondering why I'm picturing it 2 years after either my birthday or Christmas and a year after receiving it.
Did I want to post this thrifted work fit separate to use cat hashtags or did I honestly forget it? The world may never know 🌏
Yowza!!! @missspabeauty @Influenster sent me a bunch of
Recieved for free from @influenster !
Part 1 of my #thrifted work fits! I don't work in an office and am actually rather active, but I don't really want to wear sweats 🤔 So I guess that's why I said jeans (last 2 are same pair) & no blazer are ok.
If I was a better blogger, I'd be able to tell if there were any difference in the formula and stuff in these Wet 'n Wild foundations besides one's cap being more #matte. If you've used them, have you noticed anything? 🤷🏽‍♀️
Lmaooo the whole point of a self tanner is to not need the beach, no? And here I am, 'gramming this #complimentary @sttropeztan via @Influenster there... 🏖️ #floridalife
Loading Comments...