As I mentioned in my last post, we recently celebrated my dad’s birthday, and one of my gifts to him was Michael Moore’s latest documentary Where to Invade Next. In it, Moore presents a fictionalized meeting between him and U.S. military heads where they ask him for help after 70 years of losing wars.

He decides to “invade” countries and take what we need from them. These nations include Italy, France, Germany, and Norway. Moore speaks to employees, CEOs, presidents, criminals, and students about workers’ rights, education, prison and health care.

Being familiar with Moore’s filmography and just reading in general, it’s no surprise to see other countries have universal health care and free college. But that doesn’t mean it’s any less a kick in the gut when I revisit it!

I mean, my pal that just had a baby told me she had to pay to have it… And this couple from Italy are talking about their 5 months paid leave. The comparison between American school lunches and France’s. The Norwegian maximum prison is nicer than my mom’s apartment… it’s incredibly insulting and why I have no sympathy for the rich and powerful. 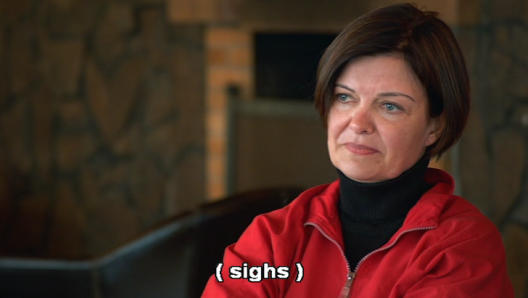 However, to suggest that nothing happens in the States when college tuition increases is also insulting. Not only is it just another hacky example of kicking young and probably disenfranchised people but it erases students who have protested, exactly what the filmmakers were looking for!!

Additionally, while I agree there should be equal gender representation in all fields, the homogenization of women’s “DNA” and Moore’s strange montage of random women seems almost patronizing especially when you actually consider factors like race (conveniently glossed over, Moore only invading countries inhabited mostly by “Caucasians” ) and class.

Just on my timeline today, Madeleine Albright, the first woman U.S. secretary of state, was being protested at a speaking engagement for her involvement in Iraq, Colombia, and Rwanda. Poverty rose under Thatcher, who made homosexuality taboo and closed support groups. Clinton equates the nonviolent boycotting of Israel as a means for human rights to censorship and anti-Semitism. Doesn’t sound too concerned with one’s neighbor or family.

As the Scripps protesters wrote,

Representing the category of ‘woman’ in this way evacuates feminism of its anti-racist, anti-paternalistic, and anti-imperialist potential to address those lives that are systematically made vulnerable to sickness and death.

In other words, “there’s nothing inherently feminist about voting for a woman candidate.”

So does Invade conquer? At its finale, Moore and a friend visit the Berlin Wall which they say seemed indomitable all those years ago but was over overnight. “There’s always simple answers to these things,” his friend says.

I think it’s fine, it gets some necessary truths out, perhaps if your dad too is a Daily Show liberal, but perhaps something more useful would be what these simple methods are. Everybody wants to police how protesters and activists practice, but does singing “Kumbaya” work? Do these online petitions change anything?

Moore brings up how gay marriage was illegal in the U.S. up until 3 years ago. Roe v. Wade was passed 40 years ago, and people are still trying to overturn and create barriers around it. I don’t think anyone who has been pepper sprayed, tear gassed, spied on, arrested or otherwise harassed would say victory is easy.

Or for that matter, any country we’ve actually invaded.